Pareen is an entrepreneur and a freelance writer. He writes about blockchain, cryptocurrencies, tech and travel for leading Indian publications.

PolicyBazaar is the first Indian startup of this size to acknowledge the benefits and inevitable use of blockchain. 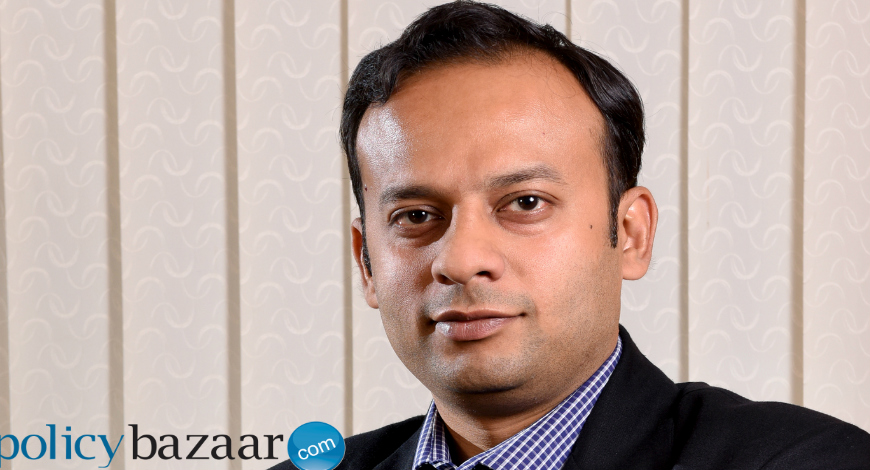 Blockchain has been the talk of town primarily because of bitcoin and other crypto tokens’ parabolic rise in price and then the recent downfall. However the underlying technology, blockchain, rarely gets its fair share of limelight. But when a billion-dollar fintech startup plans a foray in this tech, it deserves attention.

Founded in 2008 by IIM Ahmedabad alumni Yashish Dahiya along with Alok Bansal and Avaneesh Nirjar, PolicyBazaar.com is an online insurance startup that recently raised $200 million to become India’s newest unicorn. They have an online platform for customers to compare and buy life and general insurance with a range of options from all major insurance companies. The group company, PaisaBazaar.com is a marketplace for credit cards and loans.

In a chat with their CTO and CPO, Ashish Gupta, he revealed their plans to implement blockchain technology at PolicyBazaar.com, his outlook on the technology as well as how it could affect the fintech space in general.

At present the transactions are with banks or large insurance providers and most of the data is largely stored with them in monolithic containers. According to Ashish, we will move towards peer-to-peer transactions and see use cases like peer-to-peer lending, credibility and even peer-to-peer or community insurance. In such a market, trust becomes a huge factor and there cannot be one entity owning the data. Also, the data has to be tamper proof – which is the principle of immutability in blockchain terms. There also arises a need for a democratised system for governing the system while making sure every party has a say. PolicyBazaar is exploring implementations of blockchain that help them democratise insurance and make it peer-to-peer where users do not have to trust a particular entity but underlying technology.

Smart Contracts can enable this to happen. Although there are projects that already enable P2P lending and a completely Decentralised Autonomous Organisations (DAO), they are in their early stages and a long way to go mainstream.

Storage of data on blockchain

Another use case that PolicyBazaar is exploring is using blockchain to store their data. “Since blockchain stores data in a decentralised manner, even though we will host and operate the servers, it will be highly secure and decentralised across multiple locations. So we are exploring that option as well”, Ashish said.

Ashish was pretty bullish about the usage of blockchain in fintech, “If you look at the whole ecosystem – not just insurance or finance – but the entire digital commerce ecosystem, information silos are being broken. Look at IndiaStack, HealthStack, Aadhar initiative and various other projects. People are trying to create information highways so that data can flow between systems”. He envisions that in future, data will be shared seamlessly across companies, industries and the government. Again that is not possible today because whoever stores the data owns that data. Any leaks of misuse of data could have serious consequences and loss of customer trust. With blockchain, encryption of data provides the necessary security and the data on a blockchain is not owned by anyone but the customer – who has the private key. It also ensures transparency in transactions. This will incentivise pooling in of data and a lot of value could be derived from that.

PolicyBazaar is not looking at issuing a token or a coin.

PolicyBazaar is the first Indian startup of this size to acknowledge the benefits and inevitable use of blockchain.