MyDentalPlan strives to be a household name in the dental space and is formulating plans to expand its footprint to 5,000 more clinics by 2021. SoftBank In Talk To Invest $500 Million In Swiggy

India's food conveyance market, which examiners at Bernstein hope to inflatable to be valued at $12 billion by 2022 Unacademy, an Indian online educational company headquartered in Bangalore, was founded by Gaurav Munjal, Roman Saini, and Hemesh Singh in 2015. It was originally created as a YouTube channel in 2010 by Gaurav but now has a network of over 18,000 educators, and offers preparation material for several professional and educational entrance exams in India in the form of Live Classes both free and via subscription. Currently, the company’s valuation is $1.45Bn with competitors in the market like Byju’s, Vedantu, Khan Academy, Toppr. NoBroker.com ties-up with OYO LIFE, to scale up its co-living services An urban mobility startup, Bounce has scaled its rides to 120,000 in Bangalore to decrease the congestion on the road WeWork Aims to Double Its Locations in India to 20 This Year Across Delhi, Mumbai & Bangalore

Further plans to expand to Pune, Chennai, and Hyderabad by next year 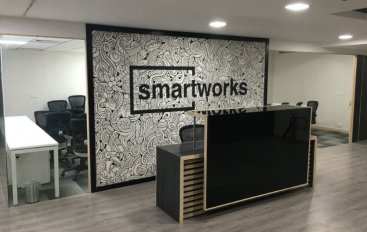 With this launch, Smartworks is taking its total number of centers in India to 15 across nine cities namely, Delhi, Gurugram, Noida, Kolkata, Bangalore, Mumbai, Pune, Chennai and Hyderabad. Zomato, UberEATS In a Bid To Acquire Bangalore Delivery Startup Runnr In a $20-50M Deal

The domestic online food-delivery space is likely to see another big consolidation move play out.